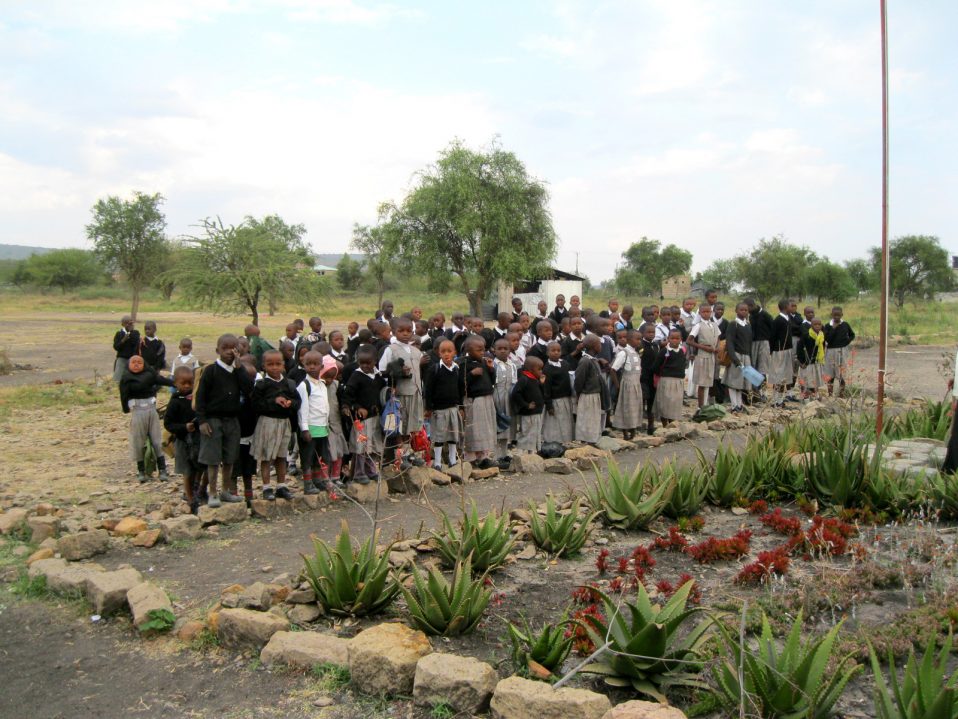 We awoke on Saturday filled with excitement because the kiddos from Red Rhino were coming over for a barbecue at Dave & Ronah’s home in Nairobi.  They arrived at about 9:15 in the morning- beautiful, bright faces and full of energy for the day of fun ahead.

Though we had spent time with the children earlier in the week in Lukenya, this was a very special day because we were able to spend more one-on-one time getting to know the young people they have become and the dreams of what they will do in the future.  After all, it had been two years since Pat had this opportunity, seven years for myself, and it was Jason and Alicia’s first time.

We sat around the dining room table with the young ladies and they told us all about their lives…how old they are, what their schools are like, what subjects interest them most, what their nicknames are, and what they want to be and do when they grow up.  We laughed as they told us what nicknames they had come up with for us.  Pat was nicknamed “Santa”,  Alicia was the “laughing machine”,  Jason was the “video/selfie stick man”, and I was nicknamed “Sophia the 1st” after the animated Disney movie character.  We learned that English was the most favored subject among most of the girls, though math and science were also favorites for a few.  Red Rhino has created a small library in the family room at the children’s home which has really fostered their love for reading and writing.

We ventured outside and Jason and I joined the boys in a few matches of volleyball followed by a badminton match with the girls.  I then joined a few of the girls on the grass as we switched off showing our favorite dance moves while Jason joined the boys at the barbecue.

We all gathered together for a prayer led by Dave before sitting down for a delicious lunch which consisted of grilled chicken, coleslaw, and “chips” (French fries) followed by chocolate cake and blueberry cheesecake for dessert.  Everyone worked together for cleanup and then we all reconvened on the wrap-around porch for an afternoon show.  Several groups came to the “stage” and performed some very impressive dance routines.

Our hearts ached a bit as we knew our time was coming to an end with the children.  We hugged each of them as they prepared to go back to Lukenya, holding them extra tight while telling them how much we love them.  We waved as they went out the driveway and around the corner.

Tears flowed quite heavily for some of us- partly due to sadness in the unknown of when we would see the kids next… but mostly tears of joy knowing that these children who came from such horrific beginnings are now living great lives with such bright futures.  It may sound odd to some of you but will also resonate with anyone who has come to know these beautiful little people- these children are family to us.  Words cannot express our gratitude for the opportunity to have this special time and the imprint the kiddos have left on our hearts will be thought of all the time.

Below are photos of each of the children to provide you with a brief glimpse into who these awesome children are.

Your ticket for the: Backyard BBQ